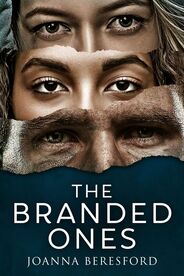 ​Beneath a façade of palm trees and sunshine, homelessness and addiction are bubbling to the surface.
It can be hard to shake the brands others place on you; Derek, currently homeless, knows this better than most. How can a person with nowhere to hide be so invisible? A chance meeting along the waterfront with new mum Jess ignites in him a flicker of hope.
Meanwhile, 17-year-old Melissa has a new boyfriend. Her best friend hates his guts but won't say why.
Melissa and Jess soon find themselves drawn into a challenging battle for reconciliation between their friends. With their help, painful truths from the past stand a chance of release, and a family the gift of restoration.
Told through the eyes of three strangers, Joanna Beresford's 'The Branded Ones' is a poignant story of love, family, relationships and redemption.​
Read and Listen to the Living Arts Canberra interview 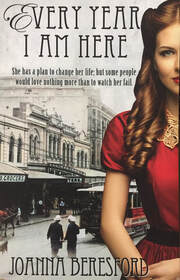 ​1891: Brisbane is shedding its reputation as a frontier town and emerging as Queensland’s most important centre for trade. Lillian Betts – irreverent and resourceful – is one inhabitant who has a dream to rise into the city’s upper echelon. The only trouble is she’s a maid stealing kisses with her employer’s son, and her sister wants help to care for illegitimate babies in exchange for small premiums.
Snatching a well-earned rest in Dutton Park, Lillian witnesses a mother deliver her baby in a grove of trees and abandon it. She must make a quick decision, one that may very well snuff out her hope of becoming a lady. Secrets are hard to keep. Some people would love nothing more than to watch her fail.
Listen to Joanna's radio interview with Suzy and Johnny on 99.7 Bridge FM 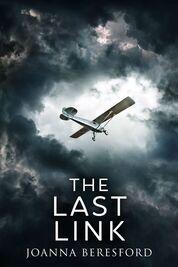 New Zealand, 1927: Great advances are being made in aviation around the globe. George Hood knows his talent for flying is languishing in his hometown, Masterton. When his Air Force Territorial mate, John 'Scotty' Moncrieff, announces his intention to buy a plane and be the first to fly over the Tasman George is determined to co-pilot. The men refuse to let the many obstacles standing in their way deter them. Success will mean fame and prestige for the Dominion. Failure will not be considered.
Read The Wairarapa Times Age Article

(NB: To obtain manuscripts of any of the listed works below for personal, research and/or educational use without expectation of commercial gain, please send me an email using the envelope icon at the top of the page. Some works are freely accessible on the web).